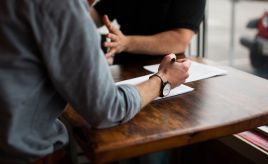 CoESS and UNI Europa representatives discussed the transposition of the Public Procurement Directive and “war on cash”.

During the meeting, Eduardo Cobas, Chairman of the CoESS Social Dialogue Committee, highlighted how Social Partners in Spain successfully worked on the transposition of the European Directive on Public Procurement into national legislation. He stressed that an extensive transposition of the Directive would be necessary, so that there is an obligation to abide by the Sectorial Collective Agreement that quality prevails over price.  There should also be in-depth follow-up, so that companies not abiding by these provisions are not able to enter into public tenders.

Further, Bárbara Marinho e Pinto, from the CoESS’ Portuguese Member Association AES AESRIF presented on the Portuguese Observatory for Private Security, which is inspired by a Spanish best practice example. In the observatory, social partners have come together in order to monitor the situation in private security services. Bárbara Marinho e Pinto emphasizes the need to have a more active and stronger Social Dialogue, in particular in order to make sure that buyers of private security services realize the impact of going for the lowest cost, without regard for the quality. The Observatory’s ambition is to create a virtuous circle, which at the same time promotes quality services, professionalism, good working conditions, and growth.

The Observatory has already approached the government, the Ministry of Internal Affairs, Members of Parliament, Police Forces, the Authority for inspection and preventive measures in labour conditions, Competition Authority, Trade associations and confederations in relevant sectors for cooperation and recommendations. The Observatory also launched respective campaigns in Social Media, including strong slogans to alert buyers of private security services against unacceptable practices.

Another important topic of the meeting was the ongoing “war on cash” in several European countries. Thierry Lebeaux from ESTA made a presentation about Sweden’s plan to remove the 500 and 1,000 Kroners’ banknotes within a 9-month period. After this period the banknotes will no longer be able to be exchanged. Central Bankers in Sweden are now realizing that removing cash and lowering cash in circulation may have adverse effect on the banks themselves, questioning their own existence and limiting the access to the cash they are supposed to have to balance their credit operations.

Eduardo Cobas highlighted that similar trends exist in Spain, leading to a joint action between employers and trade unions in order to resist this trend to remove cash from circulation. In Spain, where the CIT is being threatened under a certain threshold, this would be a serious threat to PSCs and their workers. Therefore the goal is double: make sure cash remains an option, and protect the stakeholders handling it. In this regard, he also highlighted the principle of freedom of choice between cash and card payments. Before making any steps towards a cash-free society, real impact studies would have to be carried out.  Also, people who wouldn’t have access to a bank account (the “unbanked”) should be taken into account in a society where cashless payment methods become an obligation.