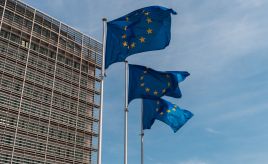 Established a little over a month ago, the new European Commission, under the leadership of Ursula von der Leyen, has already announced a number of policy initiatives of relevance to CoESS, some of which in the social area, and others in the area of security.

With a delay of one month, the European Parliament endorsed the new President of the Commission, Ursula von der Leyen, and 26 Commissioners at the end of November 2019. The three largest political groups (European Peoples Party, Socialists & Democrats, and Renew Europe) voted mostly in favour of the new Commission. The United Kingdom will leave the EU by 31 January 2020, so decided not to nominate a Commissioner.

Many social policy initiatives have already been announced by Commissioner Schmit. In a Communication on 14 January 2020, the European Commission lay out a roadmap, which includes social policy initiatives to be taken in the upcoming months. On the basis of these activities, the European Commission will present an Social Policy Action Plan in early 2021  including a legal instrument for a European minimum wage, as well as measures for gender pay transparency, protection of platform workers, and a renewed Skills Agenda for Europe to tackle labour shortage and skills mismatches. CoESS will be following these matters very closely and participate, where appropriate, in consultations.

Ylva Johansson already made a commitment back in October that her work on the Security Union would be guided by the recommendations made in the report of the Special Committee on Terrorism, published during the past legislative term. While her appearances in European Parliament made clear that she would focus her work on launching a New Pact on Migration and Asylum, she also mentioned in her Structured Dialogue with the Parliament’s Committee on Civil Liberties, Justice and Home Affairs that every EU citizen had a right to be equally protected against terrorism and organised crime, and that terrorist access to firearms, explosives and financing would have to be further impeded.

In his dialogue with Parliament on 16 December 2019, Margaritis Schinas added that he would be putting forward a new EU internal security structure focusing, among others, on countering organised crime, terrorism and cybercrime. According to Schinas, the evolving nature of security threats calls for a cross-cutting security approach across IT, energy, finance, transport and health sectors. He added that the physical protection of Critical Infrastructure must go hand-in-hand with its digital protection and that it would be important to invest in a flexible, risk-based approach that takes interdependencies between sectors into account when protecting infrastructures against all kinds of threats – including drones and cyberattacks. CoESS will take him by his words in the framework of a possible revision of Council Directive 2008/114 on European Critical Infrastructures and has just published a position paper on the topic.

As a first step though, the new Commission will deal directly with the EU long-term budget for the years 2021 to 2027. The Croatian Presidency of the European Council, which started its job on 1 January 2020 and recently published its Work Programme, will certainly be much occupied with finding agreement among the Member States.

You can find the CoESS recommendations for the new legislative term here.