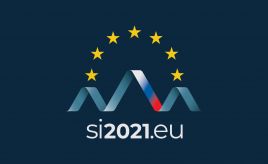 On the occasion of the Slovenia Presidency of the EU Council, CoESS and the Slovenian Chamber of Private Security (ZRSZV) have published a Joint Statement, expressing the commitment of the European private security industry to support the Presidency in its efforts to pave the way for a sustainable recovery and resilient Europe.

As part of the Presidency Trio with Germany and Portugal, Slovenia took over the EU Council Presidency at a critical moment at which important decisions must be taken for the future of Europe.

The Slovenian Presidency will have high responsibilities for the sustainable and successful recovery of European economies and societies from the still ongoing COVID-19 pandemic. In this context, CoESS and ZRSZV highlight that close coordination and unity among EU Member States on the re-opening of the European economy, guarantee of free movement and vaccination, are key.

In their statement, both associations stress that in the economic recovery, it is important to pay particular attention to the sectors most affected by the crisis, including transport and tourism, on which entire business eco-systems depend. Also, CoESS and ZRSZV stress that it is ever more important that EU Member States effectively enforce the EU Public Procurement Directive 2014/24/EU and the Late Payment Directive 2011/7/EU.

But it is also important to look beyond the COVID-19 pandemic and build consensus on a large range of files that were proposed by the European Commission in the past year that will contribute to make our economies and societies more resilient against the many drivers of change ahead – such as demographic change and labour shortages, digitalisation, and emerging security challenges. This includes the proposals for a European Artificial Intelligence Act and a Directive on the Resilience of Critical Entities, for which CoESS makes substantial recommendations for amendments in order to make both legal texts more ambitious and future-proof.

Likewise, CoESS and ZRSZV count on the Slovenian Presidency to serve as a guardian of Social Partner autonomy in ongoing negotiations on the European Commission’s proposals for a Directive on Adequate Minimum Wages and on Pay Transparency – proposals which, in the view of European employer groups, severely intervene in Collective Bargaining and have, particularly in the case of the Directive on Minimum Wages, a questionable legal basis. CoESS and ZRSZV therefore count on the Slovenian Presidency that employers’ concerns are adequately considered in EU policymaking.

Both associations stand ready in supporting the Slovenian Presidency at a crucial moment in which EU Member States need to be united in the historic efforts for European recovery from the COVID-19 pandemic, but also in the guarantee of Social Partner autonomy and effective resilience of our economies and Critical Infrastructure.

You can read the full statement here.