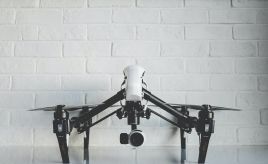 Being a member of the EU Drone Expert Group and U-Space Network, CoESS has today submitted a response from the security services industry to the ongoing consultation of the European Commission on a Drone Strategy 2.0 - highlighting the need to facilitate the implementation of existing rules and to build capacities of national authorisation bodies for successful uptake of drone services.

The contribution to the consultation is accompanied by a detailed position paper published today.

CoESS believes that the harmonisation of rules for drone operations in Europe as per the EU Drone Regulation has been a key milestone for innovation and use of drone services. As a next step, an effective and efficient implementation of these rules is the foundation of a successful uptake of UAS technologies and services. CoESS believes that this process could be considerably strengthened in the framework of a Drones Strategy 2.0 and recommends the following actions:

Key recommendations include the development of new Standard Scenarios to facilitate uptake of drone operations in the Specific Category and capacity-building among national authorisation bodies. Unfortunately, CoESS members report that, in a number of Member States, competent authorities seem often not fully familiar with the new rules, have difficulties responding to requests, and authorisations of operations take an inadequate amount of time.

In the field of C-UAS, CoESS underlines that it is not only the development of suitable technologies which is important but also their deployment by competent authorities as well as processes along the security chain in case of an incident. In the face of a concrete risk, security operators (law enforcement or entities acting on their behalf such as security companies and operators of public space) will have to take very rapid C-UAS decisions. It is key that roles, responsibilities, reporting, and decision-making procedures exist for such cases.

The full position paper can be found here.

Photo by NeONBRAND on Unsplash