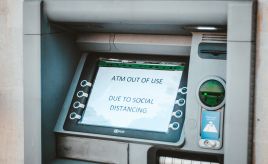 The COVID-19 crisis has further accelerated the “War on Cash” in Europe. The lockdown of our economies, as well as campaigns denouncing cash payments as a transmitter of the virus, have fast-tracked change in consumer behaviour. Online purchases and cashless payment have never been as high,  negatively affecting different lines of business and their workers. As stressed in the recent CoESS White Paper on “The New Normal 2.0: Private Security and COVID-19 in Europe, this development threatens the future of the Cash-in-Transit business, which is essential for the cash supply chain and, hence, for society and the economy.

The European Sectoral Social Partners for the Private Security Services, CoESS and UNI Europa, warned in May 2020 that “cash payments are stigmatised and restricted in many shops, although it is particularly vital to older people, the homeless and other marginalised groups. This trend has therefore led to a severe financial situation of Cash-in-Transit businesses and their workers. Governments and central banks should ensure that everyone who wants to pay with cash can do so”. In October 2020, CoESS and UNI Europa, in collaboration with ESTA, hosted a first European Cash Roundtable discussing ways to react to this “War on Cash” as part of the EU Social Dialogue’s Work Programme.

This second roundtable edition built up on these efforts, assembling this time a large stakeholder coalition of businesses, employers’ associations and trade unions representing the large cash ecosystem, as well as civil society organisations that are increasingly concerned about the impact of the “War on Cash” on marginalised groups in society to the benefit of a few financial stakeholders.

Opening the meeting, Eduardo Cobas, Chair of the CoESS Social Dialogue Working Committee and Secretary General of the Spanish Private Security Association (APROSER), thanked UNI Europa for having put a lot of effort in jointly advancing the matter in the European Sectoral Social Dialogue. He warned that the “War on Cash” is more active than ever – seeking to eliminate the only public payment system that exists. He clarified that CoESS has never been and will never be against technological developments, respecting and welcoming the benefits that additional freedom of choice in payment methods brings to many citizens. But he warned that the ongoing “War on Cash” not only represents an incremental challenge to millions of workers in the cash ecosystem, but has a very direct impact on the most disadvantaged groups in society – citizens like the 15 million unemployed, 125 million retired and 100 million at risk of poverty in Europe that will become increasingly dependent in their daily life on the decisions of banks or large Internet providers. He therefore called for a legally guaranteed acceptance of cash.

Eduardo Cobas was joined by Oliver Roethig, Regional Secretary at UNI Europa, Patrik Högberg, President at ESTA, and a number of civil organisations such as the AGE Platform, the voice of older people at EU-level, and PICUM, a network advocating for the rights of undocumented migrants in Europe.

Oliver Roethig highlighted the importance of the Social Dialogue and Collective Bargaining to find equitable solutions for a just transition of workers in the cash ecosystem. Patrik Högberg described the drastic impact of the COVID-19 crisis and the accelerated “War on Cash” on the Cash-in-Transit sector, warning that the services sector will probably not go back to pre-crisis levels anymore. The AGE Platform and PICUM reflected on the complex implications of the “War on Cash” on disadvantaged groups of society such as the elderly and migrants.

At the end of the meeting, Mark Bergfeld, Director for Property Services at UNI Europa, rightly concluded that the cash ecosystem is confronted with a complex scenario that will demand continued engagement and cooperation to develop strategies to tackle the issue and EU and national level, and to raise awareness of the many challenges posed by the “War on Cash” on workers, businesses, and society.