For a Europe that protects: CoESS and GES publish Joint Statement on French EU Council Presidency 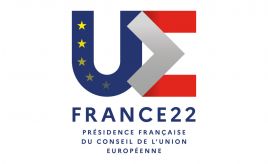 On the occasion of the French Presidency of the EU Council, CoESS and the French Groupement des Entreprises de Sécurité (GES) have published today a Joint Statement, expressing the commitment of the European private security industry to support the Presidency in its decisive work on the EU AI Act and the future Directive on the Resilience of Critical Entities (CER Directive).

The French Presidency will lead negotiations in EU Council on dossiers of high relevance for public security in Europe – notably the European Commission’s proposals for a European Artificial Intelligence Act (EU AI Act) and for a Directive on the Resilience of Critical Entities (CER Directive).

Since last year, CoESS is highly engaged in discussions around both dossiers:

CoESS and GES count on the French EU Council Presidency to deliver on two of the most important EU security policy dossiers of the past years, but also to contribute to an exchange on how to improve regulation of security services at national level.

Both associations stand ready to offer their expertise to foster a resilient Union.

The full statement can be found in English here, and in French here.