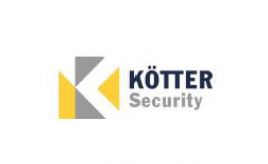 The federal election on September 26 requires important decisions in the field of internal security. Therefore, KÖTTER Security is presenting its agenda on internal security for the new legislative period (www.koetter.de/sicherheitsbrief). The publication, which was produced with the support of KÖTTER Security Advisory Board members Wolfgang Bosbach, Hans-Helmut Janiesch and Fritz Rudolf Körper, contains suggestions and expectations of the new federal government for “Security 2.0”.

Cyberattacks on critical infrastructures and industrial espionage against companies pose ever greater challenges to internal security, as do, for example, threats from organised crime or new forms of extremism from conspiracy theorists. At the same time, however, the resources of the security authorities remain limited. “This in itself is a balancing act that is almost impossible to achieve in the long term,” explains Friedrich P. Kötter, Member of the Board of Directors of the KÖTTER Security Group. “In addition, the Corona crisis drastically changed the framework conditions: instead of traditional danger prevention, the focus was now on effective health protection, for example.”

These factors therefore require solutions for the “new normal”. “Because these will not tolerate any delay, we want to bring our ideas into the election campaign and the formation of the government,” says Friedrich P. Kötter. The future security architecture must include the following aspects, among others:

“All in all, the bundle of measures described above can be used to further strengthen the role of the security industry in a targeted manner – and thus internal security as a whole. Friedrich P. Kötter is convinced that “due to their great relevance for the future-oriented design of the German security architecture, these issues should also have a high priority on the agenda of the next federal government and the future Bundestag”.

Note: You can stay up to date with our newsletter: www.koetter.de/newsletter

The KÖTTER Group is a modern and innovative group of companies headquartered in Essen, Germany and has been family-owned since its foundation in 1934. As a professional facility services provider, the KÖTTER Group stands for customised system solutions from a single source, consisting of security services, security technology, cleaning and personnel services. With its approximately 17,600 employees at more than 50 locations throughout Germany, the KÖTTER Group generates a turnover of € 571 million (figures for 2020). Further information can be found at koetter.de.