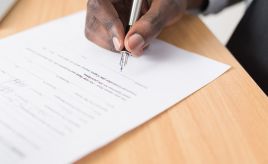 The EU Institutions have agreed on the Directive on Transparent and Predictable Working Conditions, leading to its official adoption in Parliament on 16 April 2019. CoESS successfully highlighted some critical aspects in the original Commission proposal, but a few concerns remain, which should be addressed during the transposition phase at national level.

The new Directive is a revision of the Written Statement Directive and shall give employees who start a new job the right to be notified in writing of the aspects of their employment relationship, including information on: (1) the nature of their employment, (2) length of probationary periods, (3) advance notifications on working schedules, (4) possibilities to change employment forms, and (5) the right for cost-free training. The new Directive shall ensure a basic level of universal protection across existing and future contractual forms.

While the initial proposal raised many concerns within CoESS, the final text takes on board several issues we had raised in the past with the European Commission, including:

Remaining concerns to raise on national level during the transposition phase

CoESS remains concerned about the administrative burden that the Directive is likely to create as well as lack of legal certainty on some elements. We advise national associations to raise these issues during the transposition phase of the Directive with the ministries responsible at national level. For more information on detailed provisions, please contact the CoESS Team.

As the Directive was adopted by European Parliament on 16 April 2019, Member States will now have to do the same in Council. Afterwards, they will have to transpose the Directive in national law within three years.

Find here the provisional agreement on the Directive on Transparent and Predictable Working Conditions: http://www.europarl.europa.eu/RegData/commissions/empl/lcag/2019/02-15/EMPL_LA(2019)001486_EN.pdf

Visit our newsroom where you can find the most recent news from CoESS, our members and the private security sector.